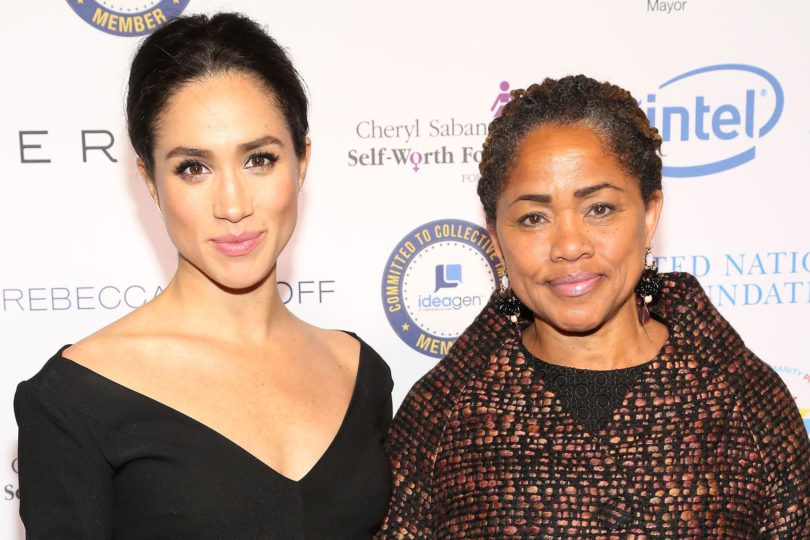 After all of the stir that surrounded Harry and Meghan’s Oprah interview where she spilled the beans about a lot of behind-the-scenes hurtful secrets at Windsor Palace. Meghan Markle shared that she and her mother, Doria Ragland were not allowed to go into town to get coffee.

Meghan shared a lot of pain that she had chosen to bury and hide from the public until now. As a bi-racial American actress, she grew up understanding what racism is all about. But, as a member of the Royal Family, the hidden judgment and whispers about the color of her child’s skin and her family heritage started to weigh heavy on her and Harry as a newly married couple. After Archie was born, the pain was magnified.

The heartbreak of the coffee incident that Meghan talked about occurred during the summer of 2019 when her mother had come to visit her at Frogmore Cottage. When her mother learned that they could not leave Frogmore Cottage, she was concerned for her daughter and worried that she was trapped and being mistreated.

During the interview with Oprah, Meghan expressed many stories that she claimed were driven by racism. She made it clear that it was never the King or Queen who made her feel judged or unwanted, but rather other members of the Royal Family.

Megan’s mom was extremely worried about her daughter’s isolation. When Doria came to visit Megan in the summer of 2019, she was very surprised that neither she nor her daughter could go out into town even for coffee. According to sources, Meghan’s mom told Megan that she was stuck there. Fortunately, Meghan and Harry have regained their freedom and now live in Montecito, California. By the way, their neighbor is Oprah Winfrey.

Meghan admitted that during her time as a duchess, she was struggling with suicidal ideation. She felt that she was in a low part of her life and didn’t want to put on a happy face pretending as if it was all OK. She told Oprah that she was made to turn everything in that would allow her to move around the world freely. She handed over her passport, her driver’s license, her keys, and felt as though her freedom was being stolen from her while some whispered behind her back about her skin color.

When things heated up, and Meghan could take no more rules and judgment, Meghan and Harry decided to take matters into their own hands and regain their freedoms. They stepped away from their senior royal family roles in 2020. They now live in the United States in Montecito, California where they feel as though they can enjoy their privacy while retaining their independence.

Following the Oprah interview, Buckingham Palace issued an official statement that read, “The whole family is saddened to learn the full extent of how challenging the last few years have been for Harry and Meghan. The issues raised, particularly that of race, are concerning. Whilst some recollections may vary, they are taken very seriously and will be addressed by the family privately.” The statement added, “Harry, Meghan and Archie will always be much loved family members.”