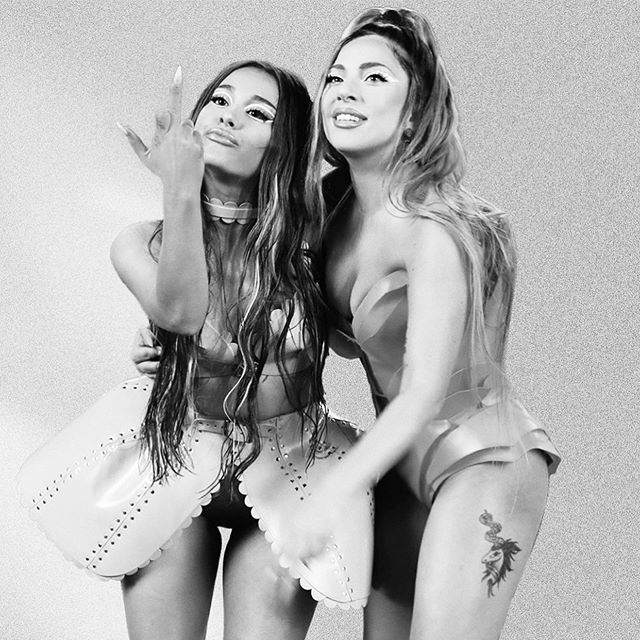 Musical collaborations are one of the most exciting things that take place in the world of music. Who can ever forget the time Michael Jackson and Paul McCartney teamed up to craft a tune? Is anyone old enough to remember the iconic tour between the Grateful Dead and Bob Dylan? That was like a hippie’s dream come true. Collaborations are more than meets the eye in that they do more than produce great music; they also allow musicians to grow. Musicians change when they work with other artists, and anyone who has studied the bodies of work of artists before and after collaborations know it.

Ariana Grande desperately wanted to work together with Lady Gaga

You would think that an artist such as Ariana Grande could work with anyone she wanted. The pop diva is well known for her ponytail and belting out some of the biggest hits. It seems that there was one elusive song that history almost allowed to slide by her. Anyone who considers themselves a fan of Ariana knows that she is not the type of person who takes things lightly. After all, not even a terrorist attack can slow her down. She kept on like a trooper in the face of diversity, and the same is true when it came to working with Lady Gaga.

Persistence pays off as Ariana found out

Ariana was not going to let Lady Gaga off the hook. Ariana wanted to work with her so badly that she never gave up for a single second. You have to admire someone so dedicated to her craft that she’s willing to go to such an extreme. Some people would’ve given up and moved on, but not Ariana Grande. No, she wouldn’t take no for an answer. You have to give it to this pop princess; she’s got the kind of spunk that will ensure she’s playing in the headphones of music lovers for generations to come.

Why did Lady Gaga avoid Ariana Grande for so long?

You might be wondering why someone as experienced and talented as Lady Gaga would shy away from working with someone as gifted as Ariana Grande. The reason is as pure as the driven snow, and it’s because Lady Gaga didn’t want to corrupt Ariana. Yes, she was afraid that her actions would somehow hurt Ariana Grande in an unthinkable way. It sounds crazy after hearing what they produced, but sometimes a seasoned veteran of show business like Lady Gaga can have bad habits that sadly rub off on the wrong people.

Rain On Me is the song they created, and it’s a masterpiece. The song itself is the testimony of what happens when two people from diverse worlds get together and work together. The song is as timely as it is timeless. Hopefully, this isn’t the last time we see these two stars churn out fantastic works of art. The world needs these two to work together more now than ever. Their courage and creativity were on display, and the world soaked it in like a sponge.