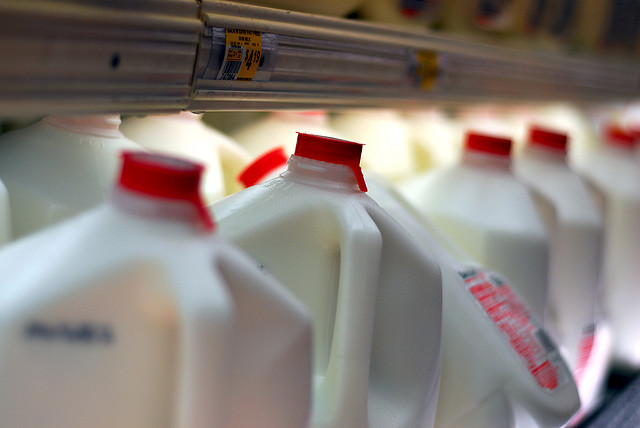 Milk has been a cultural symbol of America for a very long time. People wouldn’t dare to question milk as a product, seeing as it’s common in the form of a drink to have before bed, or alongside a plate of freshly baked cookies. However, lately, milk’s status as a long-time American favorite has been challenged, mostly due to an array of suspicions regarding the product and where it derives from.

Milk’s gained status of being a central point of morality is gradually being altered. Its overall reputation is facing a significant decline, as consumers are becoming more skeptical about many aspects of the product, including where it comes from. More than most other food products, there are major debates that have been carried out regarding milk’s value (or lack thereof). These debates are not carried out in the sense of ‘healthy’ versus ‘unhealthy’ but even ‘acceptable’ versus ‘taboo.’ In the past few years, even our cultural relationship with milk has changed in three key ways:

1. We’ve become more critical of what dictates good vs. bad.

The backlash against industrialized food is has been more prominent lately, as we, as a society have become more critical of what we consume. For example, the famous “Got Milk?” campaign, was once regarded for all intents and purposes as a public health effort. However, it has recently been recast as a pro-dairy, rather than pro-health, thanks to the effort of several commentators.

2. We are more aware of what milk consists of.

‘Nutritionism’ (in which a food’s value is determined by its composite nutrients) has been on the rise, and milk is no longer an all-good food, but rather a much more nuanced and deeply biological substance, that hides a variety of lurking micro-substances, for better or worse. These discoveries have led to increased awareness of topics surrounding milk intolerance, as well as allergies, and has led to greater criticism around ‘what’s inside’ milk that supersedes calcium and Vitamin D.

3. Evolutionary arguments are leading the way as to how we are “supposed” to eat.

Advocates of the paleo diet have much to answer for. They have provided consumers with an intuitive answer to the question of ‘how should we eat?’ To be more specific: ‘how we imagine we used to eat’. By doing this, they have expanded our analysis of what is considered to be “normal” to eat beyond our own individual cultures, as well a shed some light onto how humanity used to do things way back when.

The increased awareness of milk has led to the formation of:

This awareness has shifted form, as milk is starting to change, and is becoming less cruel. The truth about how milk is produced and what cows must experience for us to obtain their milk has been more and more exposed, as well as the chemicals and hormones added to the milk in supermarkets. Consequently, there are more variations of the product available for those who are affected by this information.