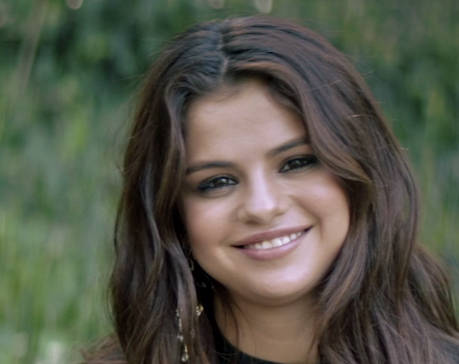 The coveted singer has recently released a new song that talks about connecting with other people, respecting each other and so on. The title of the song is “Look at her now”, and it shows that a lot of women continue to tear down each other, sometimes without really having to do something like that.

A lot of people consider that the person in question that Selena Gomez is referring to is none other than Hailey Bieber, which is the current wife of her former lover Justin Bieber. There are no names here, so it’s really hard to infer something like that. The narrative of this song does imply that she is talking about Hailey however, so we can expect it to be that way.

Selena Gomez is very happy with the traction that the new song is receiving. She does a very good job at bringing in the utmost success while also pushing in a sense of traction, quality and value at the same time. She also encourages fans to respect each other and also not be rude to others. That really goes to show the type of person she is and the fact that she wants people to actually have fun and explore new avenues in life. She doesn’t encourage violence, and that’s certainly something to keep in mind all the time.

As you can imagine drama soon appeared when the song clearly tends to focus on another person like that, so it’s important to understand how everything takes place. Thankfully Selena went to Instagram to show that no, it’s just a general song and it’s something that a lot of women feel. It’s extremely important to have the right reaction whenever stuff like this happens, so adapting all of that and figuring out how the process works is exactly what you need to think about. It’s definitely an important aspect of the entire experience and it shows that you can commit to the process and not think that much about other people’s reaction.

If we get past that minor incident, we will find that it’s extremely interesting how everything came to be and how the song connects with women that are constantly meddling with one another. That’s a great opportunity for sure and you will notice it can be very empowering. Yes, it did become a bit controversial, but the artist stepped in to remove the controversy and show that she really cares about all of this.

At the end of the day, Selena Gomez’s new song is super popular and that’s what matters here. We do believe that she did a very good job showcasing this new song and releasing it at this time. It will always be a controversial topic and people will choose to connect it to one thing or another. But at the end of the day, this is her life and she is an artist. Which means she can create whatever type of song she wants.