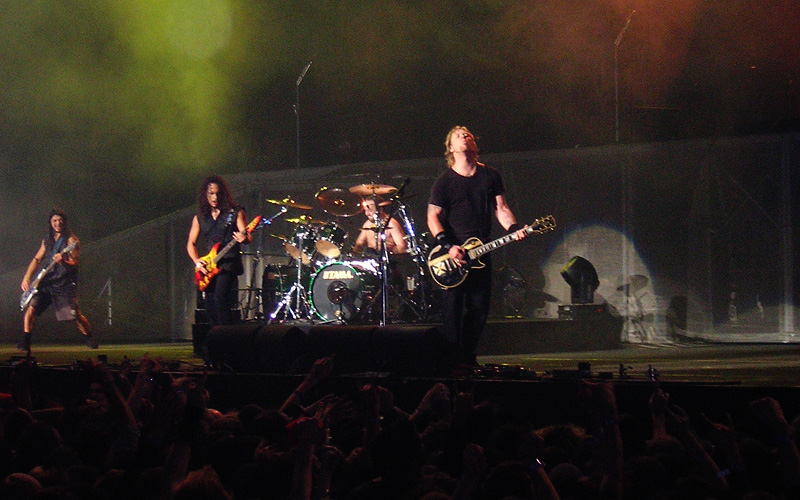 An evening starts with a walk or a talk and for Dee Gallant, it was the same as she used to take her husky retriever, Murphy, on a walk every day. As on this date, a perfect June evening, she took a walk towards the remote mountain logging road. It was near about Duncan on Vancouver Island in British Columbia. The place was less than 2 miles and the walk as discussed was just a usual like every day but guess things went different that day when on the scene arrived a cougar. There was nothing to worry as Dee was completely armed with some of the heavy metal back-ups.

Dee was a forest worker and did have an idea about the gated mountain trail. It was known that the same was not publicly accessible and still she preferred to walk Murphy on the trails to reach out the dog parks. Less than 2 miles, this was how much she walked when she felt something to be different and wrong.

Dee says, “When the hair goes up on your neck, you just know and you know that there is something wrong in there. It was over on her right where she saw a brown, rusty ground patch which didn’t seem to look good and it was at that time when she realised it was a cougar.”

British Columbia and the Cougars

The largest of Canada’s 3 wild cats, this is how the Cougars are denoted by the Wild Safe BC. If we look into this situation, Dee would have been glad. She would love to hear a hunter with spot and stalk, as the formidable. As for we don’t know the size of the cougar which Dee and Murphy saw but in general, they are around 60-80 kgs or 132-175 pounds and they just look gorgeous. But do the gorgeous and cute means they are innocent and safe too? Nah. The cougars prey on the small animals like squirrels, beavers, rabbits or even the deer at times, etc.

The Wild Safe BC has many tips, for the safety from Cougar. But guess today was not an easy means to access the website by Dee.

Seeing such a creature was exciting but sooner she got intimidated as the cougars started moving towards her. She stood there, waved her arms and tried making herself look large but the cougar just kept creeping closer and stopped once Dee yelled, “Stop”.

It was unbelievable but once the cougar stopped Dee took out her smartphone, took a picture and without actually intending to, she tried video recording.

What next? Well, the cougar seemed to be posing as it sat there, settling in the place and Dee? She just held long eye contact with the cougar. Seemed like an eternity or at least felt so but after 5 minutes, where was Murphy? Murphy was attached to his long leash which was pulled in close to Dee (who was oblivious with the scene as the cougar remained unnoticed)

How to Break the Stalemate?

Stalemate? Huh, Dee wasn’t scared as per her words. She says, she was pretty tough and faced the situation like a Harley-riding kind of girl. She stood there and thought about how to get the cougar moving in the actual direction, away for sure, what Dee did next was, swipe through her phone tunes. Possibly she thought, a right punch of music might get the cougar moving. But wait, what to play? Norah Jones or Jack Johnson? Or are they too mellow? As for she knew, the songs start by this 2 wont be like a punch in the face kind of start. So, scrolling she reached to “Don’t tread on me”, a tune by Heavy metal rockers Metallica. It was one loudest she had as on than to play.

So, cranking the volume, Dee hit the play button and then stood there watching closely the Cougar. Guess the music worked as the cougar spun and sprung through the bushes were no longer the confident one here after the song of the instrumental introduction and the lead singer James Hetfield singing sound reached out

Soon, she was safe at home and this accidental video of the accident was posted on Facebook which went viral. With the same being posted on Facebook as at July 2019, the same received above 1,900,000 views. It even drew the attention of Metallica. Dee also received a phone call after a week of the story by the lead singer James Hetfield and had a great telephone chat about the incident.

Well, there is no word if this one tip “Play Metallica” will be added to cougar safety but for sure it worked for Dee and her dog Murphy, saving them, that evening.