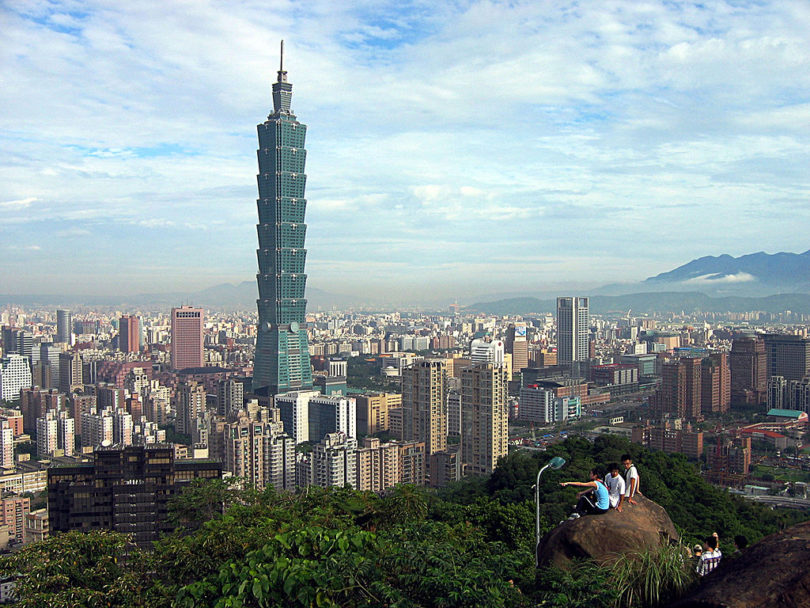 Man’s endless pursuit to always strive higher has led to a number of cities taking on the challenge of constructing the world’s tallest buildings.

Even now, work is underway in Jeddah, Saudi Arabia, to complete Kingdom Tower which is expected to rise approximately 3,281 feet into the air. If and when it does, it will surpass Burj Kalifa by close to 500 feet and take over the number one spot for the world’s tallest building.

For now, the list of the world’s tallest buildings is impressive, yet likely to be completely changed in just a few short years.

In January of 2010, world records were broken as the Burj Khalifa opened its doors to the public for the first time. Standing at 2,722 feet, this architectural wonder in Dubai is now the tallest building in the world.

The mixed use building is now an integral part of Dubai business district, and was conceived as a means of changing the perception of the modern city by making it an attractive tourist destination. Taking inspiration from Islamic architecture, it has incorporated many cultural elements to pay tribute to the region. Particularly with the use of the spiral minaret.

Visitors are invited to stay at one of the numerous hotels inside of the buildings 163 stories, or even take up residence in one of the 900 apartments. The interior is a small city of its own, with corporate suites, restaurants and even swimming pools interspersed throughout the various levels.

Not yet complete, the Shanghai tower is already the tallest building in China at 2,073 feet. With plans to open in the middle of 2015, as the exterior has been completed and work is now focused on finishing the interior.

The Shanghai tower has 121 floors and resembles a series of cylindrical buildings that have been stacked atop one another. This allows for nine separate indoor areas which will all feature indoor gardens, restaurants and retail space, while offering an unprecedented 360 degree view of the city below.

A standout feature of the Shanghai tower is its green architectural elements, such as wind turbines near its top that will be able to provide the building with 350,000 kWH of extra electric power each year. Geothermal energy was also incorporated, and the glass façade designed to maintain the indoor temperature.

These elements will pave the way for future building of environmentally friendly mega-structures.

Worshippers making the pilgrimage to Mecca are welcome to stay at the city’s tallest building. The Clock Tower Hotel is a part of a government owned complex and is located across the street from an entrance to the Masjid al Haram mosque.

A part of the Hotel is a large prayer room inside of the tower where up to 10,000 worshippers can partake in their daily prayers. Construction for the complex began in 2004, as a part of a Saudi Arabia project to modernize Mecca and cater to the flocks of pilgrims that make their way there each year.

Opening in 2012, the largest tower stands at 1,972 feet and is adorned with the largest clock faces in the world on all four sides.

Besides the prayer room, the tower is home to a luxury hotel and a 5 story shopping mall as well as an Islamic Museum and observation deck where the moon can be observed during the Holy Months.

As a memorial to the original towers destroyed in the 2001 terrorist attack, One World Trade Center opened in November of 2014. Sitting on the spot where 6 World Trade Center used to be, the new tower is now the tallest building in New York City.

Known as the Freedom Tower during construction, the tower stands at 1,776 feet, in reference to the year in which the Declaration of Independence was signed. This is the second building in a plan that includes three more offices building being built as a part of a complex.

The construction of One World Trade Center was marked with much sentiment. The first cornerstone laid had an inscription from Arthur J. Finkelstein, and residents of the city were all invited to sign a steel beam before it was welded onto the base of the building.

A second beam signed by President Obama sits at the top of the tower.

Topping out in July of 2014 at 1,740, the CTF Finance Centre in China is scheduled to be completed by 2016. The project includes plans to build a second skyscraper as its twin, both overlooking the Pearl River in Guangzhou.

Once complete, the CTF Finance Centre will house floors of office space, a modern art mall, a Rosewood hotel and Rosewood housing. The hotel and residences will not be prepared to open until 2017, but the office space featuring the largest executive private club in the city will be up and running by the first quarter of 2016.

The idea behind the concept is up-scale.

There will be a chic bar and restaurant with wine cellar on the 107th floor, a two level spa, health club and indoor pool.

The recognition of being the world’s tallest building was lost for Taiwan’s Taipei 101 with the completion of the Burj Khalifa in 2010. Still, it stands as a formidable structure with its 101 floors and towering 1,667 feet.

Tapei was designed with Chinese custom and tradition in mind. The number 8, which is believed to bring on abundance, prosperity and good fortune, is the reason behind the 8 segments which each contain eight floors. Those same segments mirror the look of a pagoda, which is said to link the earth and sky.

The building serves mostly as housing for various companies of different sizes, but is also home to a high end mall and a number of restaurants.

The 101st floor is reserved as a private club, where only the elite are permitted to enter.

The Shanghai World Financial Center (SWFC) opened in August of 2008, and at the time was the tallest building on the mainland of China. Standing at 1,614 feet, it is now being overshadowed by the Shanghai Tower.

Setting the SWFC apart from other skyscrapers is its distinctive roof. Originally planned to be a circle, but amidst protests that it resembled the Japanese flag a bridge was added to change the circle. It now has a trapezoid hole at its top earning it the nickname “bottle opener”.

The skyscraper has received a number of awards for its structure and design, including the Best Tall Building Overall in 2008.

Noted architect Tim Johnson described it as being “nothing short of genius” for its sustainability and light weight construction.

Built on top of the Kowloon Station in Hong Kong, The International Commerce Centre (ICC) majestically stands at 1,588 feet. Original plans were to extend the height to 1,883 but Hong Kong‘s building regulations do not allow for structures to be higher than the surrounding mountains.

On the 118th floor of ICC is the world’s highest swimming pool, a part of the five star Ritz Carlton which occupies 16 floors of the mega structure. In addition, the 101st floor is reserved for restaurants, and the basement levels a shopping mall, leaving the rest of ICC available for office space.

True to its name, the majority of businesses that have taken up occupancy in the ICC are financial giants, including Deutsche Bank and Morgan Stanley.

For its proximity to the port, and central location in a major economic city, the ICC is prime real estate for global banking institutions.

The tallest twin towers in the world, Petronas Towers at one time held the distinction of being the tallest buildings in the world until 2004 when Tapei surpassed them in height. Opened to the public in August of 1999, the towers stand at 1,483 feet tall and consist of 88 floors, with 5 more below the lobby level.

As is common in parts of Asia, concrete was used for the construction rather than steel. Since this material is considerably heavier, there is an immense concrete foundation aiding in the buildings‘ support.

A unique feature of the Petronas Towers is the double-decker skybridge that connects the buildings at the 41st and 42nd floors.

Not attached to the buildings, it is built to slide in and out of them to offer resistance during high winds.

At a mere 1,480 feet tall, China’s Zifeng Tower in the city of Nanjing is the 10th tallest skyscraper on the planet. Opening in December of 2010, its 66 stories offer amazing views of the nearby lake and mountains.

Shaped like a triangle, Zifeng Tower makes use of its immense interior space in a multitude of ways. The larger based bottom half of the building is uses for office and retail space, while the narrow top is a 450 room luxury hotel and restaurant.

Zifeng Tower is a part of complex, which was designed specifically to match the geometry of the street where it stands. This creates a flatiron effect stretching upwards at one of Nanjing’s busiest intersections.

When you consider the immensity of these buildings, it is easy to imagine one extending one mile high into the sky. And if the growing egos of major cities around the world have their way, that day is going to come quicker than you may think.