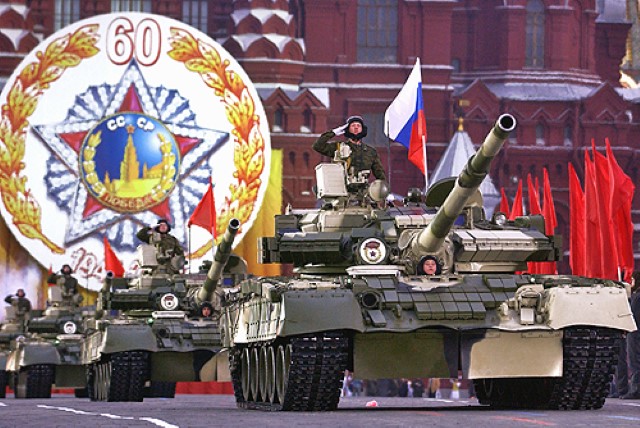 A country’s armed forces are centered on its government-sponsored defense, fight and military organizations. Their purpose is to protect the nation from internal and external aggressors, and always be prepared to battle against unexpected attacks.

A country’s army services have immeasurable benefits, one of the most obvious being to keep the people safe from internal conflicts and foreign threats. Over the past couple of years, the armed forces have served an emergency civil support role in all sorts of circumstances, mainly post-disaster.

One of the world’s most complex continents, Europe, has managed to survive numerous political conflicts between countries over the centuries. It survived many international revolutions, independence wars, and even two world wars. It’s the 21st century and Europe’s most powerful countries reckon the importance of the armed forces for the well-being and political safety of their people. That being said, here are 7 of Europe strongest armies.

Russia’s military services were set up after the Soviet Union’s dissolution. Boris Yeltsin signed a presidential ruling in 1992 establishing Russia’s Ministry of Defense and placing all the Soviet troops on the SFSR’s (Russian Soviet Federative Socialist Republic) control. The armed forces of the country are controlled by Russia’s president (currently, Vladimir Putin). In 2008, the army included 2.019.629 units, out of which 1.134.000 were part of the military.

The IISS (International Institute for Strategic Studies) estimated in 2010 that Russia’s Armed Forces had 1.040.000 active troops. As of 2013, the nation’s required manpower was at 82%. Official numbers showcase that Russia spent $72 billion on weaponry in 2011. The country is additionally planning to increase its military expenses, and current draft budgets highlight a 53% increase in real terms.

The British Armed Forces are Europe’s second strongest army power. The main task of the organization is to defend the United Kingdom, its territories abroad and the Crown dependencies, as well as promote the kingdom’s wider interests by providing humanitarian aid and sustaining international peacekeeping attempts.

The United Kingdom is an active participant in NATO, as well as a member in the Five Power Defense Arrangements. Some of the army’s most recent operations included Afghan and Iranian wars, interventions in Sierra Leone, peacekeeping attempts in Cyprus and in the Balkans, as well as participations in the United Nation’s-mandated no-fly zone all over Libya. Facilities and garrisons abroad are maintained in Brunei, Canada, Belize, the Falkland Islands, Diego Garcia, Kenya, Gibraltar, Germany, Cyprus and Qatar.

The first nuclear weapon tested by the UK happened in 1952, and the maneuver was known as “Operation Hurricane”. Thus it became the world’s 3rd nation to attain a nuclear power status.

Germany’s unified armed forces are better known as Bundeswehr. The country is not allowed to maintain personal armed forces, considering that its constitution highlights that defense matters are the responsibility of the federal government.

Bundeswehr is split into a civil part (armed forces administration known as Wehrverwaltung, and a military part under the name of the armed forces of Streitkräfte. The military sector is additionally split into the Marine, the Army (Heer), the Air Force (Luftwaffe ), the Joint Support Service (Streitkräftebasis), and the Joint Medical Service (Zentraler Sanitätsdienst).

In September 2014, Bundeswehr admitted to having numerous spare parts shortages and equipment problems, and therefore the organization was unable to convey its defensive promises towards NATO. Germany’s military expenditures only accounted for 1.35% of the GDP in 2012; the country is the only one in the world to have such a low budget allotted for the armed forces. As of June 2014, there were only 182,000 active troops in Bundeswehr.

The main role of Germany’s army is clearly stated in the Constitution, which highlights that Bundeswehr has a defensive purpose only. It is meant to protect the country’s borders, but also solve conflict and deal with calamities.

The commander-in-chief is General Bertrand Ract-Madoux. As of 2014, the army has 115,004 recruits, including those from the Foreign Legion. Furthermore, the reserves consist of another 15,425 recruits in the Operational Reserve.

The French Army is divided into two main groups: armes and corps. These include the Armored Cavalry Branch, the Troupes de Marine, the Artillery, the Infantry (Chasseurs Alpins), and the Military engineers. Out of all the military organizations involved, the Foreign Legion is the most complex. The military service was established in 1831 and it was exclusively meant for foreign nationals interested in working in the French Armed Forces. French citizens are also accepted, and right now they amount for 24% of the recruits, the remaining percentage being allotted to foreigners.

Today, the Foreign Legion is regarded as a military unit whose aim is to focus on a powerful “esprit de corps”.

Since the men of the legion come from countries with different cultures, the goal is to create a team; the training is not just physically challenging, but also emotional and psychologically demanding.

The Spanish Armed Forces (FFAA) are Spain’s military services in charge of defending the sovereignty and integrity of the kingdom. They comprise the Air Force, the Navy and the Army, and the commander-in-chief is the country’s monarch.

Spain’s military services are in charge of land-based military operations and the whole organization dates back to the 15th century.

The army was established during the reign of Queen Isabella and King Ferdinand, so it’s safe to say it is the oldest military service out of the three mentioned.

The army in the land-based defense unit of the Armed Forces and the history of the organization dates back to the 19th century (Italy’s unification). Over the years, the army has dealt with all kinds of colonial settlements in Libya, China, and Northern Italy where they battled against the Austro-Hungarians in WWI, and in WWII with Russia, Albania, North Africa and Greece.

Throughout the Cold War, the Italian Army was all set to defend itself against a pact invasion that was coming from east (Warsaw). Ever since, the service was focused on extensive peacekeeping and battling in Iraq and Afghanistan. The military service participated in all sorts of operations over the years to help populations struck by natural calamities.

As for missions overseas, the Italian Army Forces has dealt with many operations under the strict guidance of NATO, the UN and of multi-national services.

One a major sector of the Army, the Carabinieri are now an independent armed force, alongside with the Air Force, the Navy and the Army; their job is to offer military police service to Italy’s armed services.

The Armed Forces of the Netherlands

The Dutch military is a professional military and the only branches not open to women recruits are the submarine service and Marine Corps. Dutch fighting forces have been involved in four major international military campaigns since the 1990s alone: the Bosnian War, the Kosovo War, the multinational incursion into Iraq and the International Security Assistance Force campaign in Afghanistan where it led the effort in the Uruzgan Province.

One of the units of the Korps Mariniers, the Unit Interventie Mariniers, is the Netherlands’ elite special forces unit that specializes in counter-terrorism operations.

It has been active since the early 1970s and one of its best known operations was ending a siege on a train and a school by South-Moluccan terrorists in 1977. Not much more is known about this covert unit.

The Armed Forces of the Republic of Poland

Like the Dutch army, these soldiers volunteer to sign-up. Conscription was abolished in 2009. Polish armed forces have served in a number of major campaigns worldwide including extended participation in the International Security Assistance Force campaign in Afghanistan as part of the Coalition Forces. This represented the largest contingent of Polish forces in this country’s military history.

The Polish armed forces rank 42nd in the world and have roughly 120 000 active personnel (based on 2011 statistics released by the Ministry). It boasts almost half a million active reservists with the majority of its active personnel forming part of the Land Forces.

Its military hardware is a blend of Western and Eastern European equipment which Russian MiG-29s serving alongside American F-16 fighters.

The commander-in-chief of the army is the HAGS (the Hellenic army general staff). The Army motto, “freedom stems from valor”, comes from the History of the Peloponnesian War and the emblem, an eagle with two heads, represents the connection between modern Greece, the Byzantine Empire and the Greek Orthodox Church.

The Hellenic Army is also in charge of the Balkan Battle Group (HELLBROC – an acronym that comes from HELlas, B from Bulgaria, RO from Romania and C from Cyprus), NATO’s largest military formation in the south-east side of Europe. Major missions are the defense of the country’s integrity and independence, as well as safeguarding its national territory.

Some of the army’s main goals and purposes during peacetime include: maintaining high operational readiness for effective confrontations with unexpected dangerous situations and threats, contributing to Italy’s peace and security, and contributing to activities that involve social aid in case of confrontational emergency situations.

In 1905, Norway gained its independence, and in the first century of its life has contributed to three major conflicts: World War II, the Cold War, and the War on Terror. The Norwegian Army currently operates in the northern part of the country, as well as in Afghanistan and Eastern Europe. The Army is the oldest of the service branches, and was established as a modern military organization in 1628. The Army participated in wars during the 17th, 18th and 19th century as well, both in Norway as well as abroad

The Swedish Army is currently undergoing a major transformation from recruitment based on conscription, to a professional defense. This is all party of a larger goal to abandon the mass army from the Cold War period, and to develop an army better suited to modern warfare while retaining a higher readiness overall. By 2014, the Swedish army had around 50 000 soldiers in either full-time or part-time duty, with eight infantry battalions instantly available at any time.