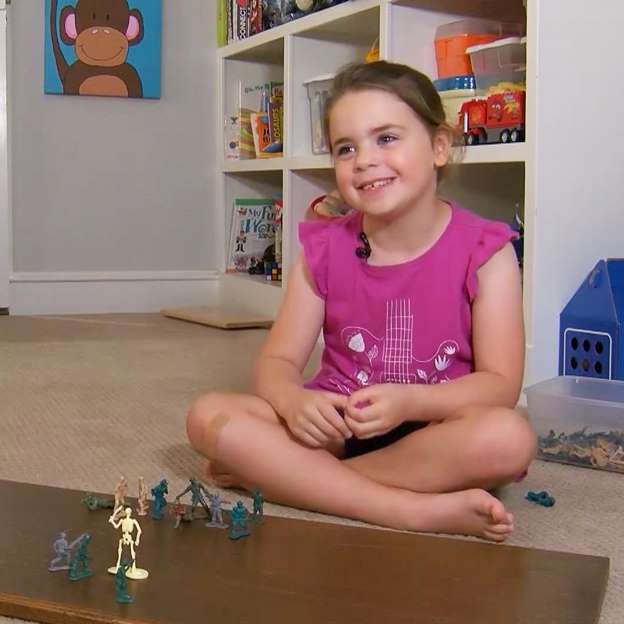 If you thought that the voices of the youngest cannot make a difference then you have got it wrong. The proof of this is the powerful letter that one 6-yers-old girl sent to a toy manufacturer regarding its toys, and it has a lot to do with the female empowerment.

Vivian Lord is just an ordinary girl who likes to play with toys, and those are the classic army figurines. While she adores them, one day, she asked her parent why there are no women figures of the same toy. Not knowing the real answer but willing to find it out, Vivian and her parents wrote a letter to the toy’s manufacturer – BMC Toys. Being only a first-grader did not stop this little girl from Arkansas from asking the question that is bothering many and has become a social and political issue over the past two years. And that is why women are not as present as men. In her case, why her favorite toys only have men soldiers instead of women’s too. In her letter, she explains that her mother has a friend who has been in the Army for a very long time, and that woman in the army is not something new. Which leads to the question, why these toys do not include women figurines?

The situation is the Army today is quite different and there are lots of women soldiers. As for the toys, these army figurines have remained in male versions. After receiving the letter from Vivian, the president of the northeast Pennsylvania toy company Jeff Imel was quite moved and decided that it is time to take some action. He announced that the future plans involve including and introducing female figurines as army soldiers. They will come in 4 different poses and will be available by December 2020. He also explained that some sketches were done to see how people will respond. Then came the more detailed drawings and the sculptor was hired so the toy is already on its way. The popularity of this toy is very big because it has been present on the market since the 1930s’. This news requested this toy even bigger also by the women in the military and female veterans.

The first figurine will be a female captain with a handgun in her hand and binoculars. Although there is only one prototype at the moment, Imel said that there will be at least three other, all of which in different poses. The reactions through social media have been fast, encouraging and overwhelming. The positive response encouraged Imel to announce that all 4 figurines will be available by Christmas 2020 and Vivian is the first one to express her happiness for this decision. She said that she even might abandon all the men Army figurines to play with the female one. Whichever the case, there certainly is a market for the new toy, all thanks to the voice of Vivian.