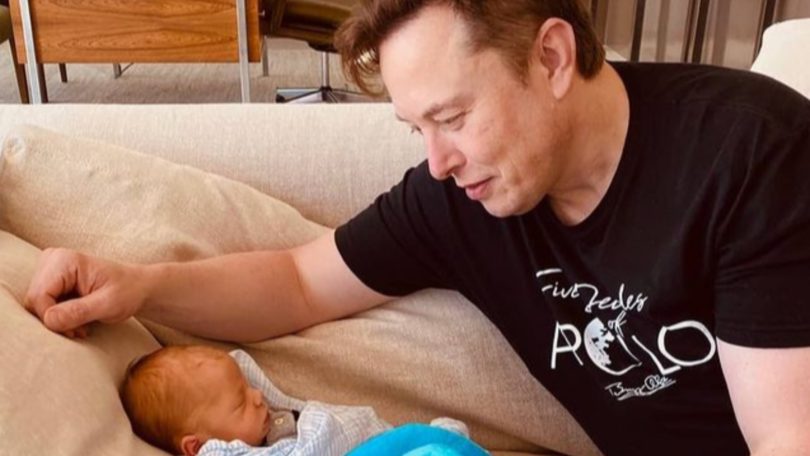 When a celebrity announces the birth of their baby, fans are always on the edge of their seats waiting to hear what the newborn’s name is. What name did the famous parents choose, and what is the meaning behind these sometimes unusual names? From names like North, Saint, Chicago, and Psalm West, Banks Violet Bair, Kulture Kiari Cephus, True Thompson, Blue Ivy, Axl, or Cricket and Birdie, fans are always captivated by baby names. Here are a few baby names that celebrities have chosen to introduce their children recently.

X Æ A-Xii  – Perhaps one of the most unique celebrity baby names is this one that was given to the child of Elon Musk and requires special Latin characters. The name is pronounced, “ash”. X is the unknown variable that anyone who has taken algebra recognizes. This baby is named X Æ A-Xii. Born May, 2020, the social media post read, “my elven spelling of Ai (love &/or Artificial Intelligence). A-12 = precursor to SR-17 (our favorite aircraft). No weapons, no defenses, just speed. Great in battle but non-violent + (Archangel, my favorite song) (metal rat). … I think it sounds like the name of the main character in the story. I hope he vibes with that.”

Nakano Ocean Valderrama – Early in 2021, Amanda Pacheco and Wilmer Valderrama welcomed a daughter. They named her Nakano Ocean Valderrama. Mom, Amanda, said that she was so excited to finally share her daughter’s name with fans. She went on to say that her name reminds her of the beautiful journey that she and the baby’s father took that led them to having her. She described her new baby as an “extraordinary human”.

Ocean Kent Emmett – Another Ocean in a baby name came when Lala Kent and Randall Emmett showed off their newborn daughter in March 2021.

Tuulikki Joan Daly – Elsa Hosk and Tom Daly welcomed their daughter in February, 2021. The baby was named after two strong women in mom Elsa’s life, her mom and her grandma-in-law. She claimed that the newborn came into this world like Superwoman with her fist up next to her face.

Khai – Gigi Hadid and Zayn Malik welcomed a daughter in January, 2021. Four months after the model gave birth, she announced her daughter’s name.

Lyra Antarctica – Ed Sheeran and Cherry Seaborn welcomed their little girl in September, 2020. The famous singer announced to fans that they were on cloud nine.

Daisy Dove Bloom – Katy Perry and Orlando Bloom announced their daughter’s name would be Daisy Dove Bloom. She was born in August, 2020 during a pandemic. Katy Perry posted to fans that they were floating with love and wonder at the safe and healthy arrival of their little one.

Olympia Lightning Bolt – Usain Bolt and Kasi Bennett welcomed their daughter in May 2020. Almost two months after the birth, an Instagram post revealed her name.